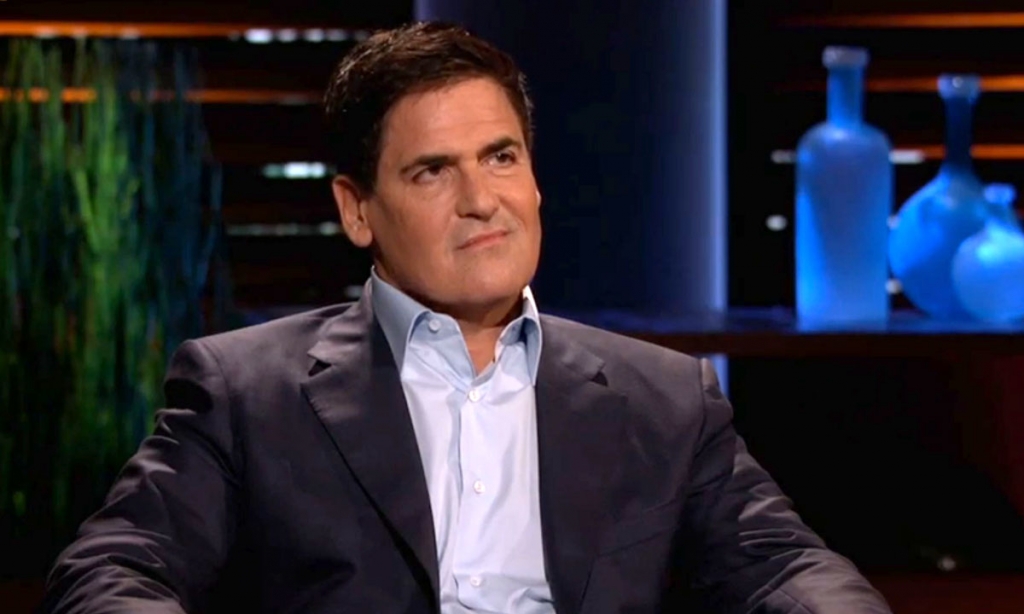 A man coming straight from a rags-to-riches story, Mark Cuban currently owns the Dallas Mavericks (yes the basketball team) and appears regularly in Shark Tank. His tweets lead his followers to tech innovations, and perspective on startup innovations. 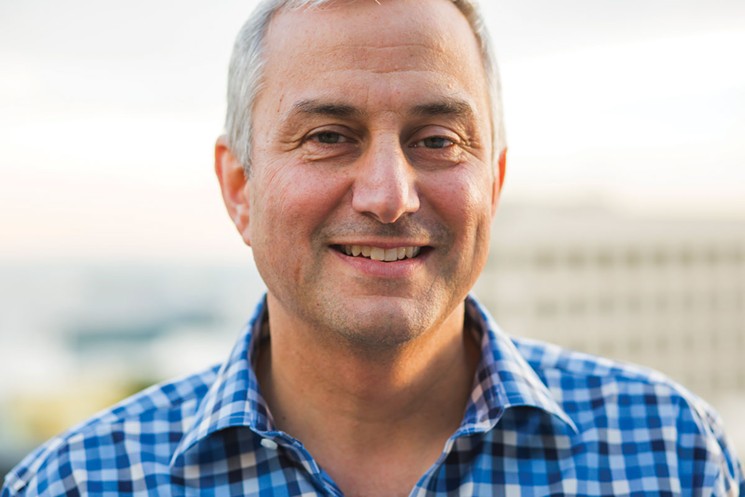 Mark Suster has seen a number of success stories unfold, two of which are of his own doing. After selling his company to Salesforce.com, Suster has since been involved on in his blog, Both Sides of the Table, and spends his time on early tech companies that have potential. As an entrepreneur, Suster tweets his articles to his followers followed by a thread of comments by other successful entrepreneurs.

A fact that an entrepreneur must face is a failure. Every entrepreneur knows the feeling of regret and failure and how it can affect one’s life. James Altucher is such an entrepreneur. He’s won some and lost some. His twitter is riddled with honest tweets about his past life and business ventures. Every aspiring entrepreneur should take part of his Q&A where he answers questions about depression, failures, and comebacks.

At a quick glance, Sir Branson looks like a comic book playboy billionaire that leads a secret life come night time. In reality, Sir Branson is one of the most well-known and richest entrepreneurs today. One of his achievements? Virgin. His twitter is particularly as he regularly tweets about leadership advice, issues on the environment, and business-related topics. 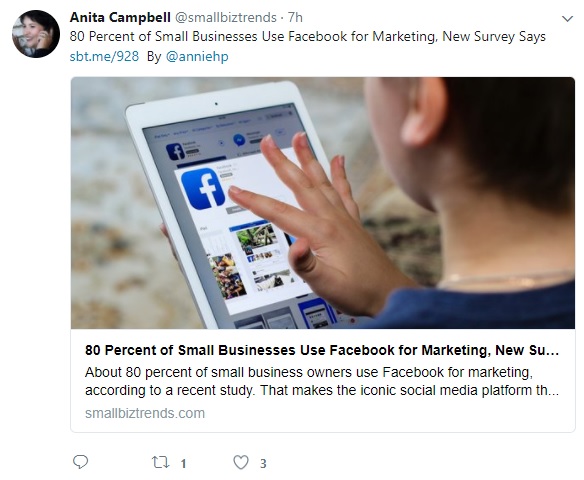 CEO of Small Biz Trends, Anita gives her focus on small businesses and the trends that they are following. For such an entrepreneur that has reached the top countless of times, Anita never forgets her roots in small businesses. Individuals who run a small business find that Anita’s twitter revolves around the business-savvy language of business and professionalism. 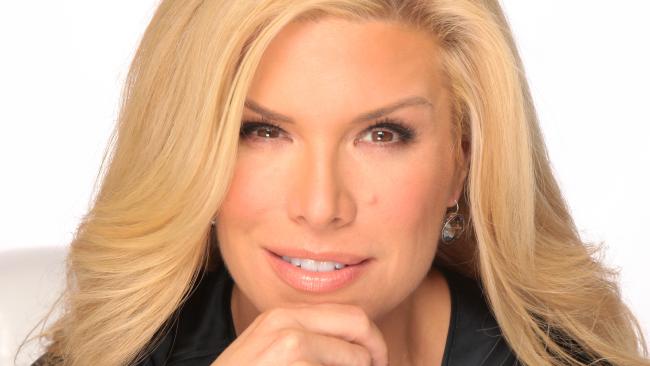 Famed as “The Entrepreneurial Guru for Women”, Ali devotes most of her effort in aiding women in the world of business and leadership. This is further witnessed in her podcast, Glambition Radio, where she talks to other successful women in business. Following her on twitter, she will constantly share business tips, advice, and free resources for her followers.

Steve Blank, unlike most of the names on this list, is a professor of entrepreneurship at a number of universities. Not only does he have an extensive knowledge of business, but his book Four Steps to the Epiphany further supports his expertise on the subject. He handles his Twitter account as another channel for teaching. He leads followers to articles from his blog or conversations that revolve around business. 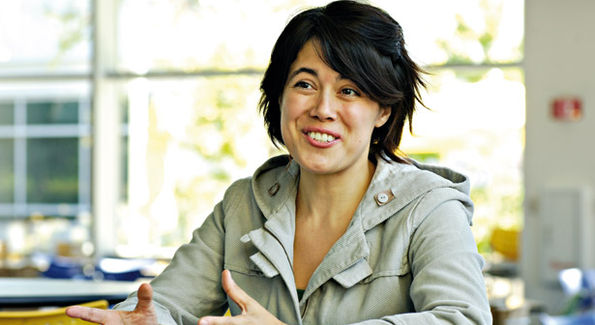 Caterina mixes business with literature and travel. This is true in most parts due to her being the founder of Findery. Her angel investments show that she has the know-how in the world of business. She is currently part of a number of companies including Etsy. Now, when she’s not tweeting about interesting finds on the internet, she regularly shares articles from her blog or commenting on news articles. 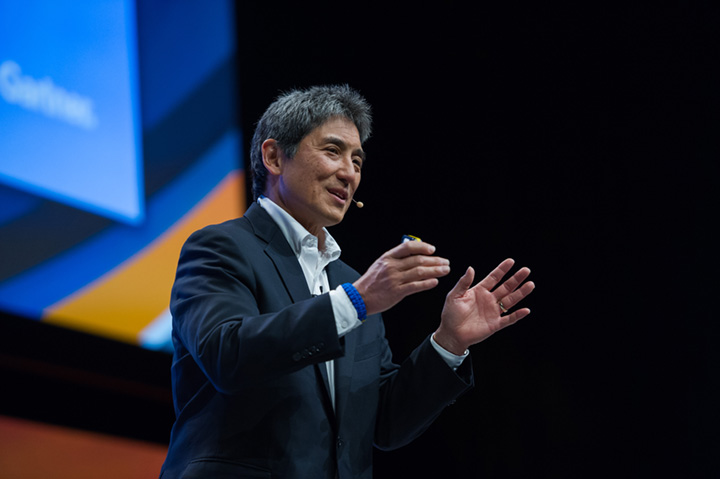 Here is an entrepreneur who has seen success through hard work but never forgets to bring his sense of humor and enjoyment. His achievements include being managing director of Garage Technology Ventures, writing multiple books on business and marketing, and he currently runs his blog, How To Change The World. Though his tweets don’t revolve around business, it does serve as the best reminder that anyone who is out for success should never forget to enjoy the little things in life. 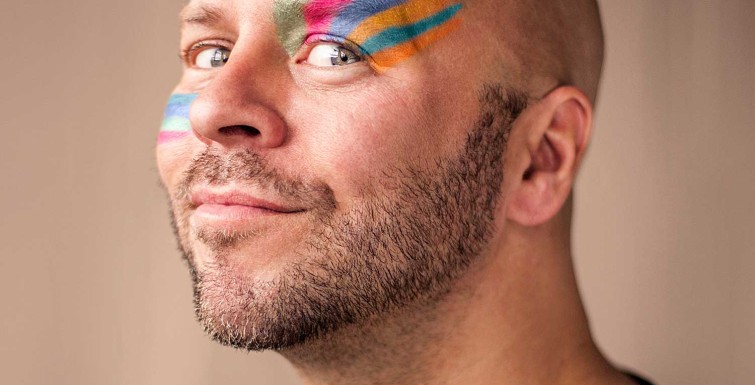 Derek has seen success time and time again in the world of music. His biggest achievement is probably Baby CD, a stepping stone in the world of CD retailers years ago. After moving on from Baby CD, Derek now works on Wood Egg, a resource for entrepreneurs looking to make their success all over Asia. Now, Derek, unlike most names on the list, does not tweet in a regular basis. But when he does, he shares inspiring quotes, his perspective on different blogs, and speaking engagements. 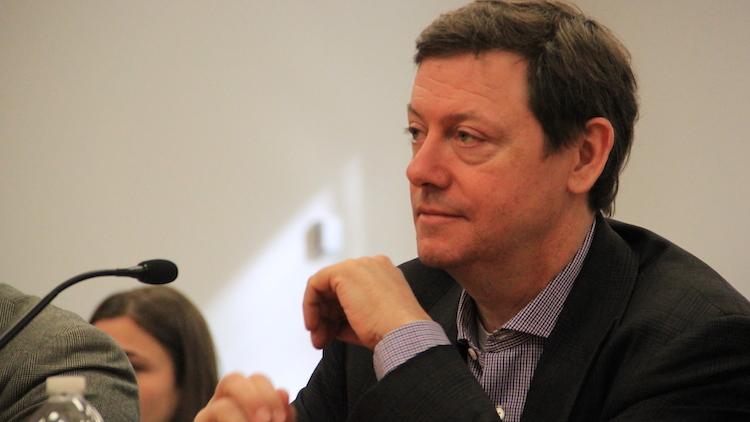 Fred Wilson has made a name for himself by writing one of the most well-known business blogs today, A VC. Apart from his lead investments in Twitter and role as vice president for Union Square Ventures, Mr. Wilson lives and breathes business. His followers are treated to daily updates of recent events in the world of business and shares articles from his blog. 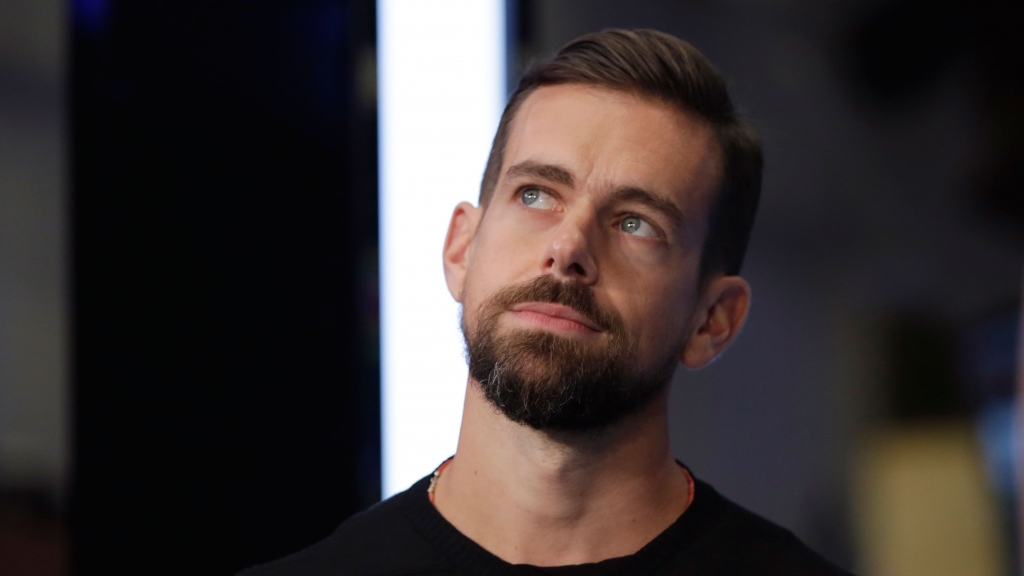 The creator of Twitter himself. Not only did Jack Dorsey see success from creating one of the world’s biggest social media sites, but he too is the founder of Square, a multi-billion dollar company. For someone that has seen success in the world of business, Jack Dorsey is undoubtedly one of the best people to follow on Twitter. You might not get business-eccentric tweets, but you are given the opportunity to see Jack Dorsey’s insights on everything. 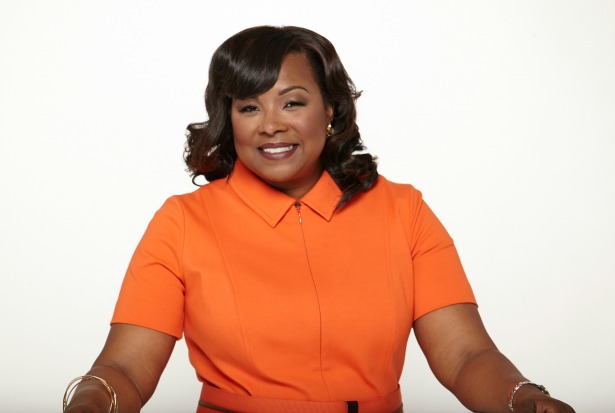 Named as “The Most Influential Woman for Entrepreneurs”, Melinda Emerson translates her expertise in business through writing. Her blog, Succeed As Your Own Boss, not only ranks high in popularity but she constantly shares updates and recent events happening around her on Twitter. She is also the best-selling author of “Become Your Own Boss in 12 Months; A Month-by-Month Guide to a Business That Works.” 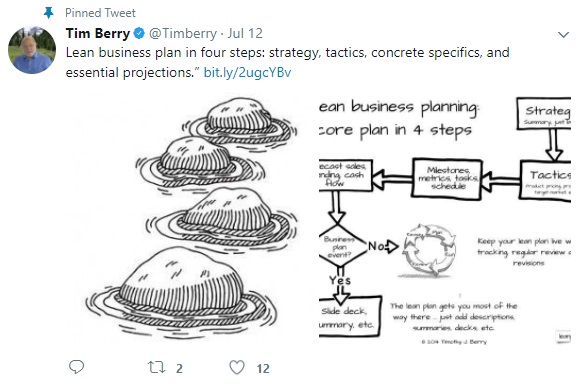 Tim Berry might not boast the same amount of Twitter followers as other successful entrepreneurs, but his feed is a treat to be a part of. As president of Palo Alto Software, Mr. Berry offers insightful responses to business-related questions on Twitter. Not only that, but his blog, Planning Startup Stories, teaches aspiring entrepreneurs how to start a business using his experience. 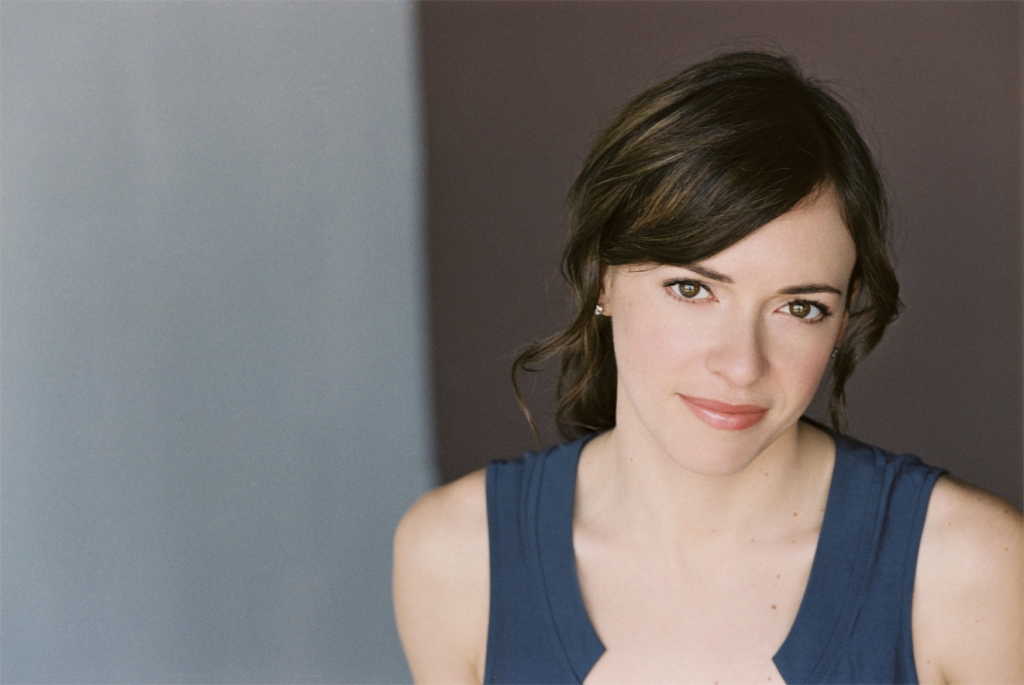 Aside from being the co-founder of Kiva, Jessica Jackley has made a name for herself by helping out creative entrepreneurs get off the ground. Though she may not tweet regularly, most of them to talk about success stories which she helped trigger. Following her shall you give you an insight into the right choice of investments to make. 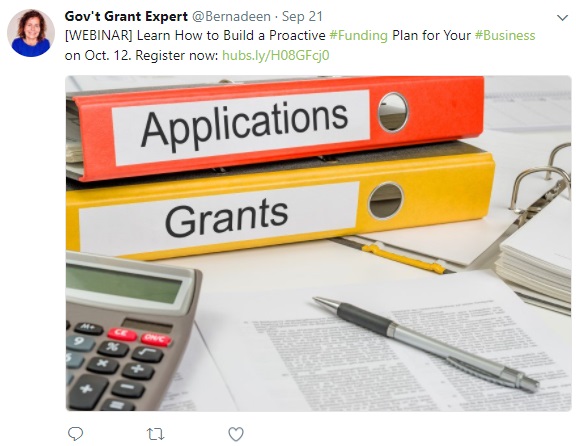 Bernadeen is undoubtedly one of the best entrepreneurs to follow on Twitter. Why? Her experience alone in the world of business gives her the right to shell out useful advice for entrepreneurs. She currently works as a business mentor, so it would be no surprise that her tweets are filled with advice and helpful tips on business. Not only are you getting educated business advice for free, but you’re handed it straight to your feed. 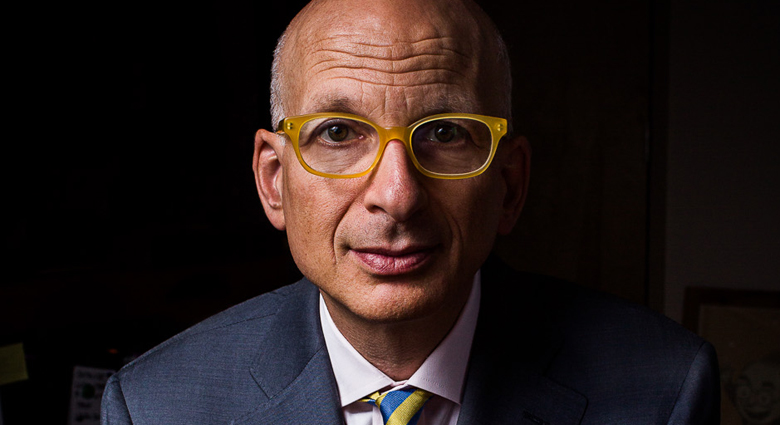 One of the best things about following Seth Godin is that fact that he not only shares articles from his blog, Seth’s Blog, but he constantly tweets about different topics. Seth himself has published multiple books on business and entrepreneurship; the insights of such a man should be reason enough to follow him on Twitter. 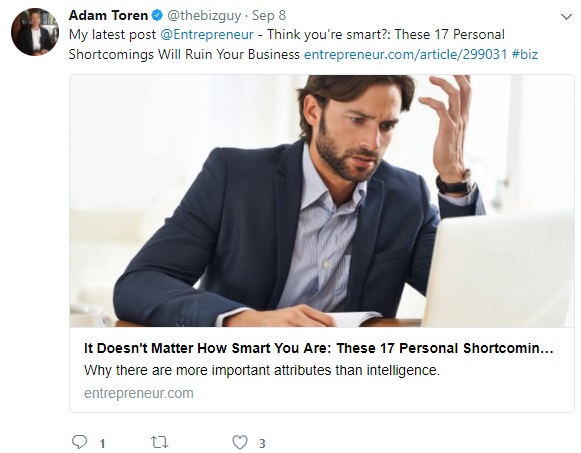 Adam Toren is a veteran in the world of business and entrepreneurship. If you’re looking for a prominent figure in business to follow on Twitter then chances are you’re looking for Adam. Most of Adam’s tweets revolve around the fundamentals of starting your own business. His tweets remain varied and jump from knowledgeable posts to inspirational quotes. In addition, Adam Toren also has a website that follows a sort of a similar structure. 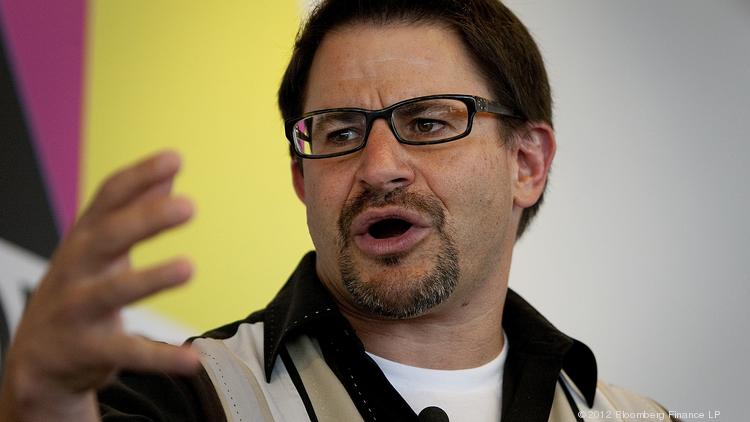 When you’re looking for a successful entrepreneur that has close ties to several sources of business rumors, David Hornik is such an individual. This VC at August Capital, writes his own blog, VentureBlog. His tweets keep you updated on news, rumors, and current events in business. From keynote speakers that are worth listening to, and other issues you should keep your eyes open too. 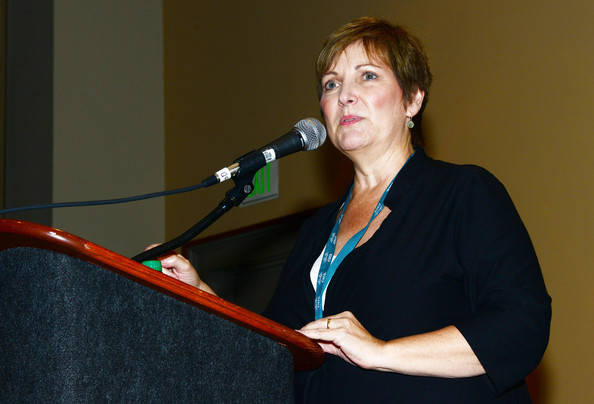 Most of the names on this list focus on business and how to start one, Cindy’s expertise revolves around marketing. Her experience as a marketer for numerous successful businesses and companies has given her the skill to give the right advice. She fills her twitter feed with tips and advice regarding marketing and how it can help your business.

As an aspiring entrepreneur, one should surround himself with diversified advice and tips from people who have seen success in the same field. Success means opening your mind to new ideas and perspectives. By diversifying one’s source of advice and tips, you are opening yourself to different ideas that can inspire. Creativity is an important skill in the world business. By separating yourself from the generic business model, you’re creating your own identity of which people will remember.